Gerdau, based in Brazil, is one of the world’s largest steel producers and trades on the New York Stock Exchange under the symbol GNA. Gerdau Ameristeel is the American branch of Gerdau Brazil and has 19 mills across North America. The majority, if not all, of Gerdau’s mills use various predictive technologies to keep electrical outages to a minimum.

Electrical faults usually only generate heat once they’ve reached an advanced stage. Relying solely on Infrared (IR) may result in a missed diagnosis, but not for Skip Young. He brings his ultrasound detector with him to all scheduled IR scans. He understands that acoustic energy is produced at any stage of discharge, and that by combining ultrasonic and infrared scans, he is assured to find virtually all faults.

The insulator shown in Figure 1 was damaged by tracking, and eventually, arcing. With the use of an ultrasound inspection equipment, the problem was discovered early on. In fact, electricity always follows the easiest path to the ground, therefore, dirt, dust, and moisture make it easier for tracking to establish a path to the ground. Tracking indicates the presence of an equipment failure, which may often be repaired with easy maintenance procedures if identified early enough.

All inspectors performing this work must consider the serious safety implications.

Thermal images from several 161 kV to 13.8 kV step down transformers were provided to us by Young. There were no noticeable hot spots seen on the A, B, or C phases, as illustrated in Figure 2, but a careful ultrasonic examination provided a sound file with clear evidence of early tracking. 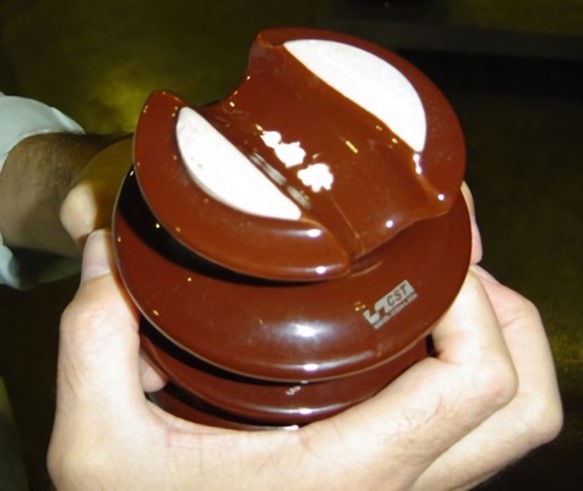 Figure 1 - The insulator shown here was damaged by tracking and eventually arcing. 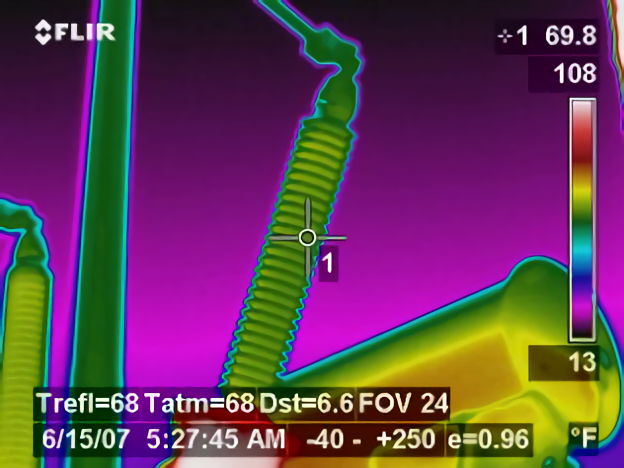 Figure 2 - Thermal images of A-phase bushing and incoming connection on this 161 Kv to 13.8 Kv step down transformer showed no apparent hot spots.

Using SDT’s Ultranalysis® Suite Software, we can examine Young’s ultrasonic data in detail. As illustrated in Figure 3, this software examines collected ultrasound files in the time and spectrum domains. The top image illustrates the time domain showing the buildup and release of the ionization discharge as it finds a path to ground. Ultrasonically, we can hear the buildup, followed by an interruption or neutralization of the air surrounding the problem. Heat does not accumulate until the situation has progressed to the point where there is sufficient flow or current to generate heat along the discharge path.

Figure 3 – The demodulated sound file can be viewed in both the time (top image) and spectrum (bottom image) domain. The top shows tracking picked up in the ultrasound range from the A-Phase bushing of the transformer.

The spectrum domain from Young’s ultrasonic data is shown in the bottom image. There are two things to take away from this. First, the evident repeat of 60 Hz events indicates that there is nuisance corona present in addition to tracking. Second, the noise level between the 60 Hz peaks confirms there is tracking activity. 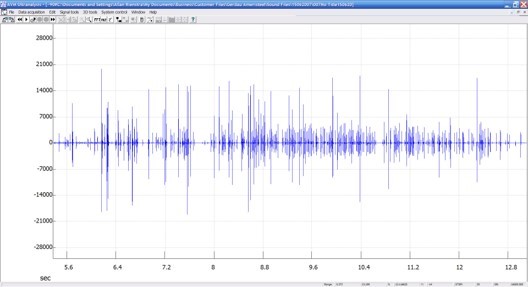 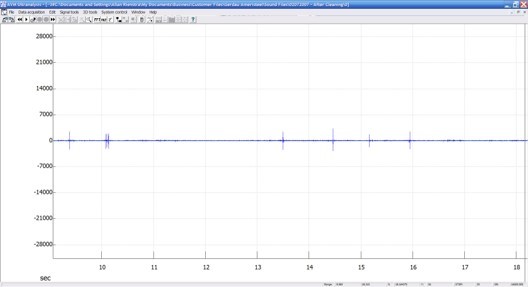 Figure 5 – Time signal of ultrasonically detected tracking on A-Phase bushing before (left) and after (right) simple maintenance of cleaning and tightening of connections. 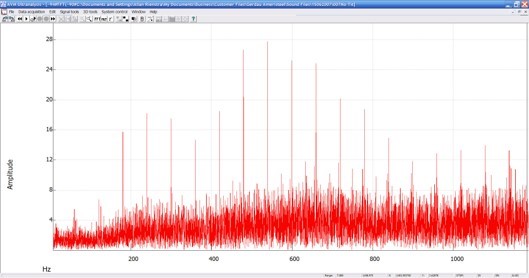 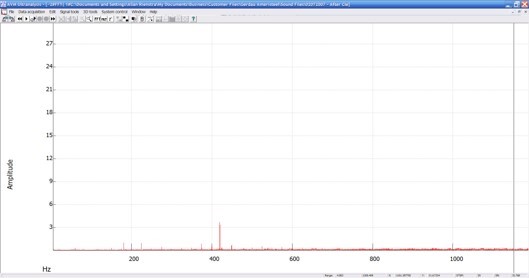 Figure 6 – Frequency signal of ultrasonically detected tracking on A-Phase bushing before (left) and after (right) simple maintenance of cleaning and tightening of connections. Dominant 60hz peaks are gone as is the tracking noise between peaks.

We also listened to sound files taken from the B and C Phase bushings. When scanned with Young’s infrared camera, neither revealed any signs of heat. However, both projected signs of tracking when scanned with the SDT ultrasound collector.

Following a diagnosis of the suspicious transformers, the decision was taken to perform simple maintenance during the next scheduled outage. We were convinced that the discharges identified during ultrasound scanning were, in fact, tracking in its early stages because infrared scans revealed no signs of heat.

Because the problem was found early enough, simple maintenance could be performed on human terms rather than those dictated by a failure.

According to Young, their simple maintenance merely included cleaning and tightening all connections on A, B, and C phase.

When we look at the time signal in Figure 5, we can see that simple maintenance improved the situation significantly. Since tracking is a stage of partial discharge that can damage connectors and insulators, Young will need to keep an eye on the transformers with ultrasound scans.

Gerdau’s case study is a great field example of how combining two predictive technologies ensures that critical issues are identified at the earliest potential stage of failure.

Gerdau was able to prevent excessive transformer damage by detecting the presence of early tracking with ultrasound. They were allowed to schedule maintenance and resolve the issue on their own terms. The best part was that all that was necessary in terms of maintenance was a simple cleaning and re-tightening of connections.

Finally, because the problem was discovered early, electrical maintenance technicians are now aware of a possible weak link in the transformer.

To avoid a more catastrophic outage, vigilance will be increased, and infrared and ultrasound scans will be performed more frequently.

On Gerdau’s transformer issue, ultrasonic and infrared inspections worked well together, and there’s no reason why the combination shouldn’t be considered a winner for detecting partial discharge on insulators, MCC panels, and high-voltage transmission and distribution lines.