Since 1999, Adam De Gioia has been a fitter and turner working in a range of different industries from water/wastewater, pharmaceutical, hydraulics, food manufacturing, mining and oil & gas.

Starting his own company; ‘Final Drive Engineering Services’ in 2014, Adam soon partnered with a respected OEM of hydraulic components. It was here that he developed a passion for steam delivery systems and quickly became the ‘go to guy’ for repair work.

In recent years, he has been contracting to a well-known food manufacturing facility where he carries out offline maintenance. Over time he witnessed the degradation of their steam system which resulted in issues in the *CIP (clean-in-place) system.

Adam quoted – ‘Unfortunately, it’s kind of ‘Out of sight, Out of mind’, and only repaired when completely failed’.

To paint a picture, there are approx. 30 steam traps of differing types around the site. They are all critical in terms of pasteurizer and CIP performance. If one trap was to fail, multiple lines and holding tanks would be disrupted and production would cease until repairs were carried out. 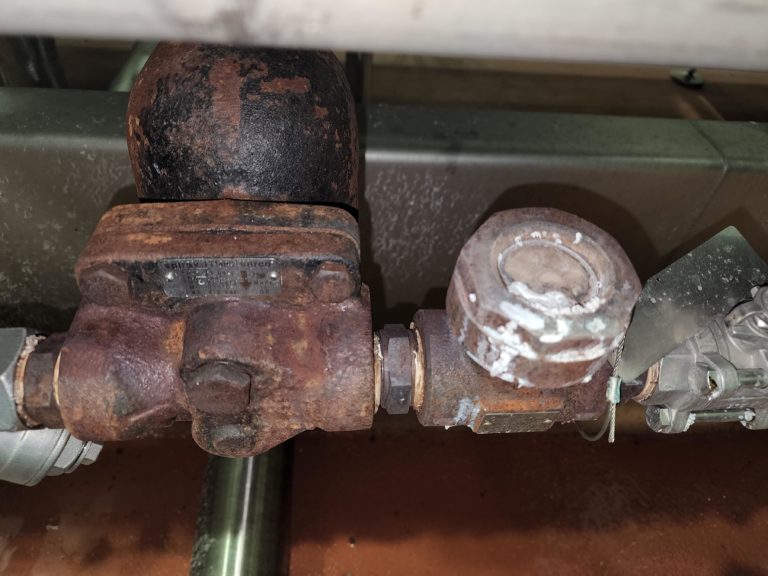 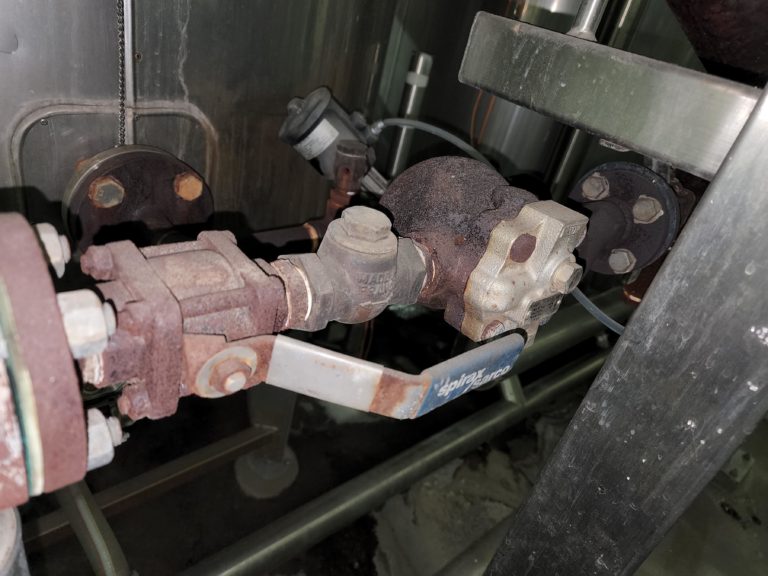 Steam Trap with no sight check. How do you know it's working?

Seeing the cost of production losses mounting on his customer, Adam knew he’d have to take a proactive approach.

Online research yielded numerous hits on steam system protection hardware using the SDT Ultrasound range. A meeting was organised with GVS rep Peter Haines at GVS HQ in Newcastle. In 1 hour they covered the basics of ultrasound, how Ultrasound inspection has numerous applications and finished with a focus on Steam Traps.

Adam recognized the benefits, purchased the SDT ULTRAChecker and put it to work the very next night.

Here are Adam’s words about his first experience with SDT’s equipment;

‘The 1st trap I tested had a very cloudy sight check. Using the audio and Histogram (bar graph) feature (on the ULTRAChecker) I quickly determined that it had failed. The 2nd trap had no sight glass on the check valve, and again through the earmuffs, the constant sound indicated yet another failed trap. 2 from 2.’

‘The Engineering team are excited by the results. We can now identify steam issues and get on top of it early.’ 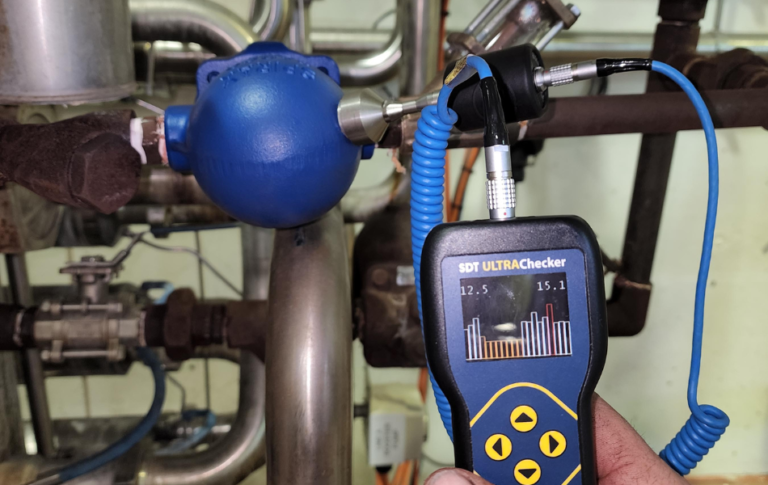 BUT Adam didn’t stop there.

Seeing how effective using a precision Ultrasound inspection device was, he turned to other areas of the plant.

He then went on to identify issues with:

In future, Adam will also aim to participate in ‘Live Online Level One’ (LOLO) Ultrasound course to further expand his knowledge and monitor other areas of plant.

GVS love these examples of our ability to supply a solution to a client with a challenging problem.

Thanks very much to Adam for sharing your story of success working with us!

If you’d like to learn how precision Ultrasound inspection will decrease production losses, see this video.

The tool used by Adam in the case study is SDTs ‘ULTRAChecker’. It is one of various options in the SDT’s Checker range. See the SDT range of products here.

Contact us GVS Reliability Products to learn more about ultrasound, the most diverse monitoring technology on the market.